This post originally appeared on the author’s blog at catherinemcniel.com.

Like many churches, we have a Palm Sunday procession to mark the beginning of Holy Week. When I dropped my Kindergartner at her class [on Palm Sunday several years ago], I offered to stay and help. My church family has literally hundreds (if not thousands) of children — so organizing this march was no small feat. I was responsible for only a handful of children waving palm fronds, but even so, getting everyone up the stairs, through the hallways, and lined up in place took some doing. Especially when one child’s branch lost its leaves (after being used as a sword too many times) and when another needed an emergency trip to the restroom.

All this adorable chaos made me wonder about the actual “Triumphal entry.” On this day, Jesus completed his long trip into Jerusalem for the Passover celebration. Jesus rode on a donkey, and crowds gathered (as they so often did) and threw their cloaks on the ground; others cut down palm branches and placed them on the ground. Given the symbolism of the time, this was red-carpet treatment. Others in the crowd ran ahead, shouting “Hosanna to the Son of David!” Still others ran behind him. A red-carpet and a ticker-tape parade.

After just ten minutes of keeping eleven Kindergartners marching with their branches, I wondered: was someone coordinating the original triumphant event, or was it a truly impromptu expression? What sort of massive headache was this, for whomever was in charge?

But more, I wondered about the parents who came, and brought their children. We know they were there, because later on in Jerusalem children were still shouting “Hosanna to the Son of David” at the temple–and this caused a scandal.

In fact, all of this was a scandal.

Every piece of imagery in this parade was rich in royal and Messianic symbolism – from the donkey, to the branches, to the cloaks on the ground, to the words the crowds and children shouted and sang. All of it meant “Jesus is our new King! He’s the one we want!” This is a pretty neutral and safe thing to do in a democracy that values free speech, but dangerous insurrection in a political climate where the Roman government frequently tortured, killed, and publicly crucified anyone who suggested treason. All of it suggested that Jesus was not only King, but the Divine, Messianic King sent from God to save the people from oppression once and for all.

Treason and blasphemy. Each punishable by death.

Those in power — religious or political — could not help but hear this message; and they could not let this message go unanswered.

What sort of desperate hope and courage would it take to send my child to wave a branch and shout a song with a message like that?

If we think we can understand the feelings of that crowd, I think we deceive ourselves.

After too many minutes of keeping wiggly kids from wrestling each other or running down the hallway, our turn finally came. Waving our branches and straining to see parents in the crowd, my small group of Kindergartners proudly marched up and down the aisles as the worship leaders led our own crowd of thousands in song. We celebrated and waved and marched happily. We were merely following family and community tradition, the safest, most nurturing thing in the world.

But those first families, who brought their children, to lay cloaks and branches and shout and sing about their allegiance to the new Messianic King…they were publicly inciting treason. And with the long, painful history they had with oppressive governments and public crucifixions, they couldn’t have lost sight of that for a moment.

The week did not unfold as they had thought, though in some ways as they knew it must.

I watched my own adorable children joyfully waving palm branches and singing, as I do every year, and wondered: could I ever find the courage to stand against an unjust empire (and it’s corrupt religious leaders) in such a public way? Even if it put my children’s lives in danger?

This crowd did. I remember them, these parents, too, this Holy Week.

In the first Holy Week, God’s Perfect Love entered the hate-filled realm of injustice, power, and politics. He showed us what happens to such powerful, fearless, self-giving Love.

And that, even so, this Love triumphs powerfully in the end. He showed us, gave us, the way of Salvation.

You’ve been reading with Catherine McNiel, author of Long Days of Small Things and All Shall Be Well. Follow the links to engage further or to read the first chapters for free. This post originally appeared on the author’s blog at catherinemcniel.com. 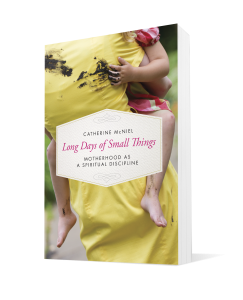 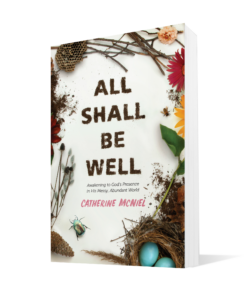 Latest Articles:
Waiting and Grieving with Honesty
How to Write Like a River
Inviting Pain & Welcoming Grief 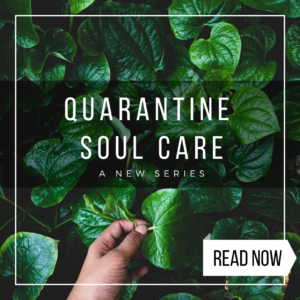 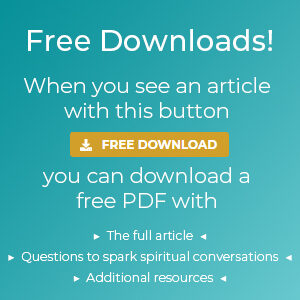